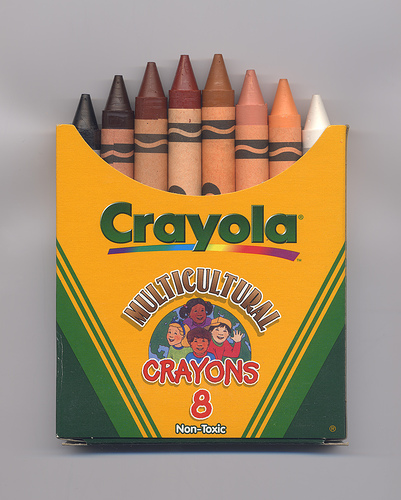 Multiculturals have been a hot bed for campaign’s target audiences. Growing minority groups, especially with a high spending dollar, are attractive to companies who wish to capture this particular market share. But is the line between Multiculturals and…well, the rest of us relevant to marketing campaigns today?

I recently had coffee with my friend Jon Negroni where we discussed choosing a target audience based on ethnicity. I had never really paid attention to ethnicity before I joined Ad Team last year to create a Nissan campaign targeting multicultural millennials. The team tried its hardest to find what exactly makes African Americans, Chinese and Hispanics think the way they do. Well, I can tell you right now it has nothing to do with the color of their skin. It goes much deeper than that to something we all have and, most times, have in common.

It is humorous to see many marketers trying to target a skin color with their campaign instead of breaking millennials down into common core values and culture. Now, I speak only of millennials because this is the first generation that has truly cut the lines between visible signs of diversity. I believe companies are missing an even bigger consumer market when they define their audience by a characteristic that means very little in this day and age. (But this does not mean it didn’t mean a lot a decade ago.)

Jon explained how his Hispanic culture encouraged families sticking together, but so does West Virginia where my fiancé’s mother is from. Matter of fact, it is not West Virginia’s or even Hispanic’s culture that set this priority in their minds. It was the South, a much larger area of land with a wide variety of different skin colors. I call this geo-culture targeting, where it is no longer the color of your skin that sets your values, trends and ways of thinking but it is the location, or the people in that location, in which you lived or grew up.

Though Jon spoke of his Hispanic culture, he grew up in the North and had adopted the North culture of leaving the family. He explained how all his siblings live in different states, which is different from what he has always heard about Hispanic families sticking together. I asked about his friends and the community where he grew up. Did they stick together? Surprisingly, he said they didn’t either. The North has this common characteristic where it is okay to leave the family and not live anywhere close to them.

It is common knowledge that humans adopt the culture of those they associate with most. While the North and the South may be very large areas for targets it is just an example of the power of geo-culture targeting. Since millennials develop relationships with and grow up around families of different ethnicity, their culture depends on the common values of that area. As millennials grow up, this new way of forming culture will become more evident in research.

SEOs have been employing this concept for the past few years. They are able to segment out by location who to target using Adwords. You can also see who visits your website based on location in Google Analytics. Using these tools you can create campaigns that target certain cultural aspects based on their location.